Nazi uniforms and flags, photos of Adolf Hitler, and German WWII medals were among a massive collection of Third Reich items found at the home of a Rio de Janeiro man, whom the police came to arrest on suspicion of raping a minor.

The discovery, which lead detective Luis Armond described as “totally unusual and shocking,” was announced by law enforcement on Wednesday.

It followed the detention of a 58-year-old man, who was accused of raping a 12-year-old boy and abusing other children in a condominium in the western part of Rio where he lived.

Inside the suspect’s home, the officers stumbled upon a huge collection of some 1,000 historic items related to the Third Reich. These included original Nazi uniforms, flags, and medals; newspapers and magazines published in Germany during World War II; plus paintings, photos, and busts of Adolf Hitler, among other things. 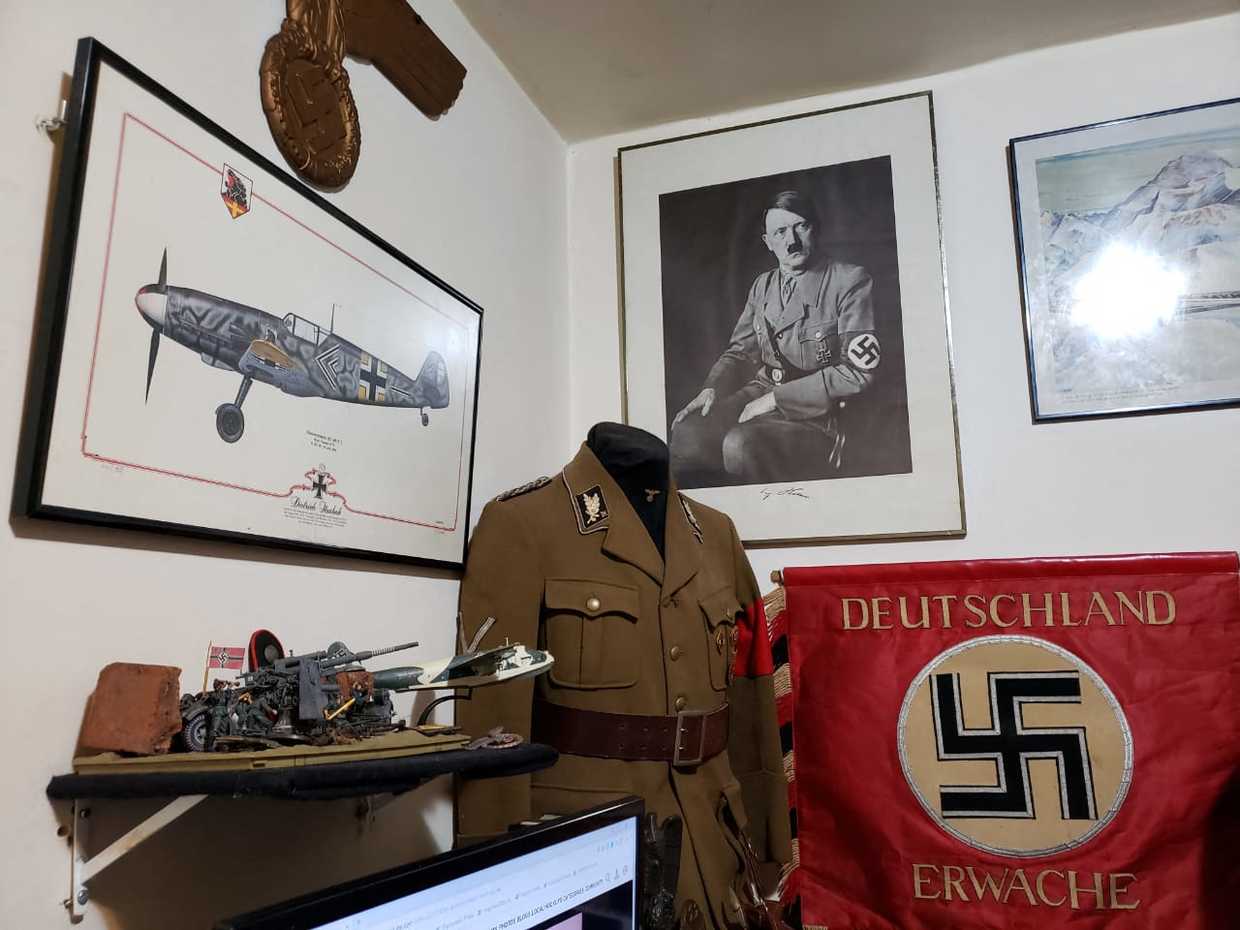 The man, identified as Aylson Proenca Doyle Linhares, also possessed a whole arsenal of weapons, some of which were contemporary. The police said they have seized daggers, sabers, and at least nine firearms – including a rifle and a machine gun – from his apartment, along with a large stash of ammunition.

Another curious find was a Nazi Party membership card, which Linhares had filled with his personal details, attaching to it a photo of himself in an SS uniform. 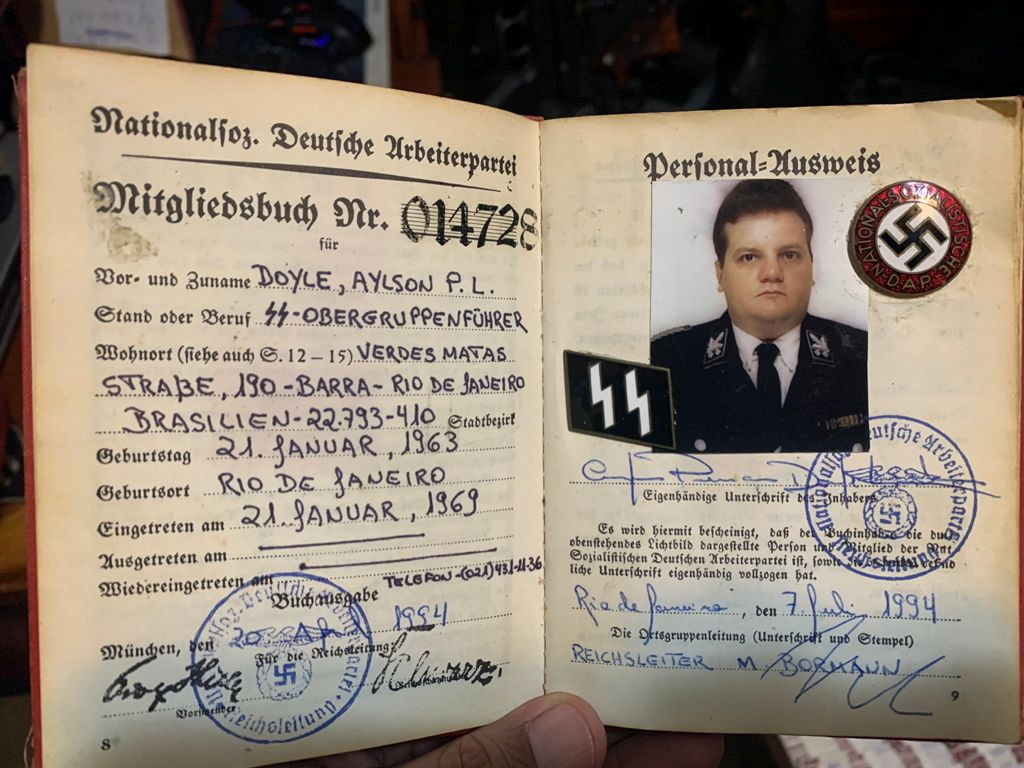 The suspect told the officers that his collection was worth between 2.5 million and 3 million euros (between $2.9 and $3.5 million). According to Armond, just a single uniform belonging to a high-ranking Nazi officer could fetch up to 290,000 euros.

“He is a smart guy and articulate, but he’s a Holocaust denier, he’s homophobic, he’s a pedophile, and he says he hunts homosexuals,” the detective said about Linhares in an interview with Reuters.

I’m no doctor, but he seems to me an insane psychopath.

The man came from a wealthy family and apparently used his inheritance money to hoard Nazi memorabilia, Armond said, adding that a proper museum must now be found to host his collection.

Besides the initial child abuse allegations, Linhares ended up being charged with illegal possession of a weapon and racial discrimination.

The investigators are currently probing his possible connections to Nazi and right-wing groups in the country, as well as his ties in the market of Third Reich memorabilia, in hopes of tracking down the brokers and other collections.

Thousands of Nazis fled to South America in an attempt to escape prosecution after the Soviet Army raised the Red Flag over the Reichstag in Berlin in May 1945, signaling the unequivocal fall of the Third Reich days after its leader, Adolf Hitler, killed himself to avoid a tribunal.

Also on rt.com
Boys in Brazil land school in scandal as self-styled Nazis saluting classmate as a Fuhrer creating a new ‘REICH’

Follow RT on A new study examining the efficacy of current generation of vaccines against the UK and South Africa variants of SARS-CoV-2 makes for sobering reading, and raises the

Follow RT on Iranian FM Hossein Amirabdollahian has again refrained from saying exactly when Tehran plans to return to talks aimed at reviving the nuclear deal, instead philosophizing about the