A small Australian medical consulting firm has been caught up in a media storm after it was reported that Australia-based Cpharm had penned a deal with the Taliban to fund a $450 million cannabis processing plant.

The media group, once again citing Khosti, stated that representatives of the Australian-based firm had met with Taliban officials, and that the practical work on the plant would begin soon. The facility would make certain medicines and creams, the story claimed. 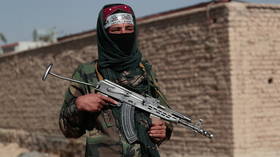 The Interior Ministry spokesperson was even quoted as saying the Taliban wanted to set up a legal framework to allow the country to benefit from the currently banned agricultural product. Despite the ban, it was alleged that Cpharm already has 10,000 acres of land in Afghanistan for growing cannabis.

The report was picked up by a number of global news agencies, including the Times of London, which also named the Australian company. Verified Twitter accounts linked to the BBC and Dubai-based Al Arabiya also disseminated the claim.

On Thursday, however, Cpharm Australia rejected the reports. Cpharm Australia’s chief financial officer, Tony Gabites, told Reuters that they had no dealings overseas or any involving cannabis. “We’re just trying to work out what we’re going to do to stop it,” he added.

“We’ve had probably 40 or 50 calls today. It’s just out of control and it’s just all lies, media guys… not doing any due diligence on what they want to publish,” he said.

The family business with 17 staff, operating from the regional center of Maitland, New South Wales, offers medical advice about pharmaceutical products and would never be able to raise $450 million in funding, Gabites stated.

“Most of the companies we deal with would look at that article and laugh,” Gabites said, but did not rule out legal proceedings if the business’ reputation was damaged.

Gabites believes the story started with a Taliban-linked account tweeting about a company named Cpharm, which could be some other company with a similar name.

Walt Disney Co will release the live-action epic “Mulan” in movie theaters in July and Marvel’s “Black Widow” in November, the company said on Friday as it reshuffled a schedule