While the incident – which is still under investigation – shocked the world, it is far from the first fatal accident to take place on a film production set. 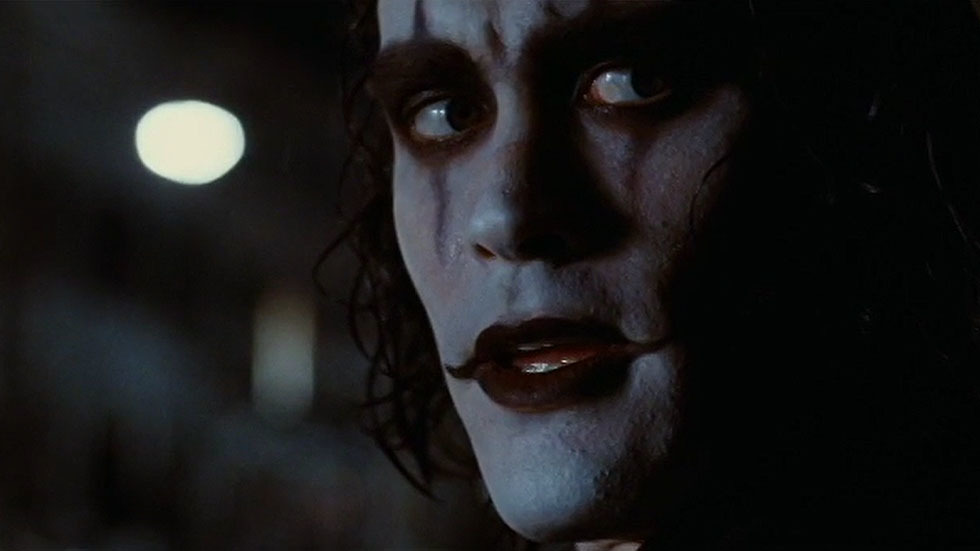 Brandon Lee, the son of Hollywood star and martial artist Bruce Lee, was fatally wounded after being shot with a prop gun during production in 1993. After a series of missteps in preparation for the scene – which included a failure to remove a dummy bullet that had been lodged in the gun’s barrel – the bullet was discharged at Lee with significant force and the actor fell to the ground.

Though crew members initially thought Lee was acting, he was soon rushed to the hospital where he died from his wounds at the age of just 28.

A police investigation found negligence to be the reason behind Lee’s death and ‘The Crow’ was released posthumously in May 1994. 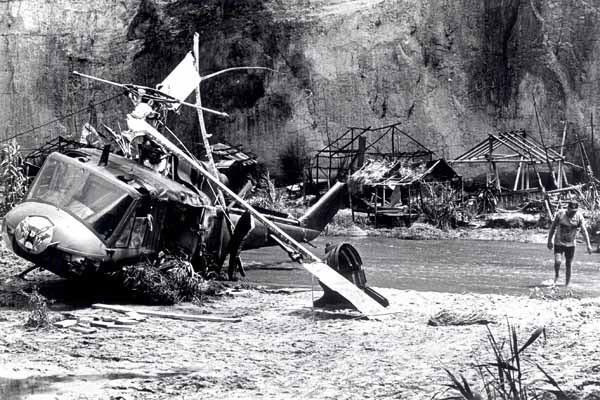 Wreckage of the helicopter which killed three actors after it crashed during the filming of Twilight Zone: The Movie © Wikipedia

Three people, including two child actors, were killed in Santa Clarita, California in July 1982 after a helicopter crashed during the production of ‘Twilight Zone: The Movie’, directed by Hollywood giants John Landis, Steven Spielberg, Joe Dante, and George Miller.

While Landis was filming a flashback scene from the Vietnam War for his section of the movie, a helicopter accident led to the violent deaths of six-year-old Renee Shin-Yi Chen, seven-year-old Myca Dinh Le, and 53-year-old Vic Morrow, who were crushed by the wreckage.

Further scandal struck after it was revealed that Landis and his production crew had illegally hired the two child actors without going through the proper procedures and had attempted to hide the fact that the children would be involved in a potentially dangerous scene with explosives before the accident happened.

The parents of the children claimed they were unaware that explosives or a helicopter would be a part of the scene and Landis was charged with involuntary manslaughter.

Nearly five years later, in May 1987, however, Landis was found innocent of the charge in court. ‘Twilight Zone: The Movie’ was released in 1983 with Landis’ segment of the story included. 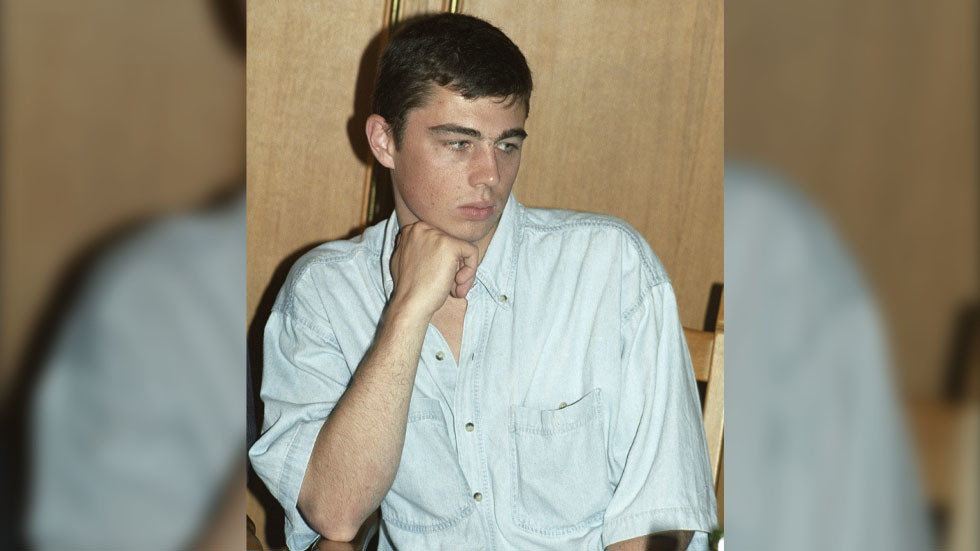 Sergei Bodrov Jr. – star of the popular post-Soviet crime movies ‘Brother’ and ‘Brother 2’ – was killed alongside 134 others in 2002 after an avalanche covered the area where they were filming in Vladikavkaz, Russia.

Bodrov was working on his latest movie, ‘The Messenger’, when tragedy struck due to an ice slide, which caused thousands of tons of ice and mud to fall down the valley where they were located.

After a large search by authorities for buried survivors, Bodrov was declared dead at the age of 30, cutting his celebrated career short at its peak. 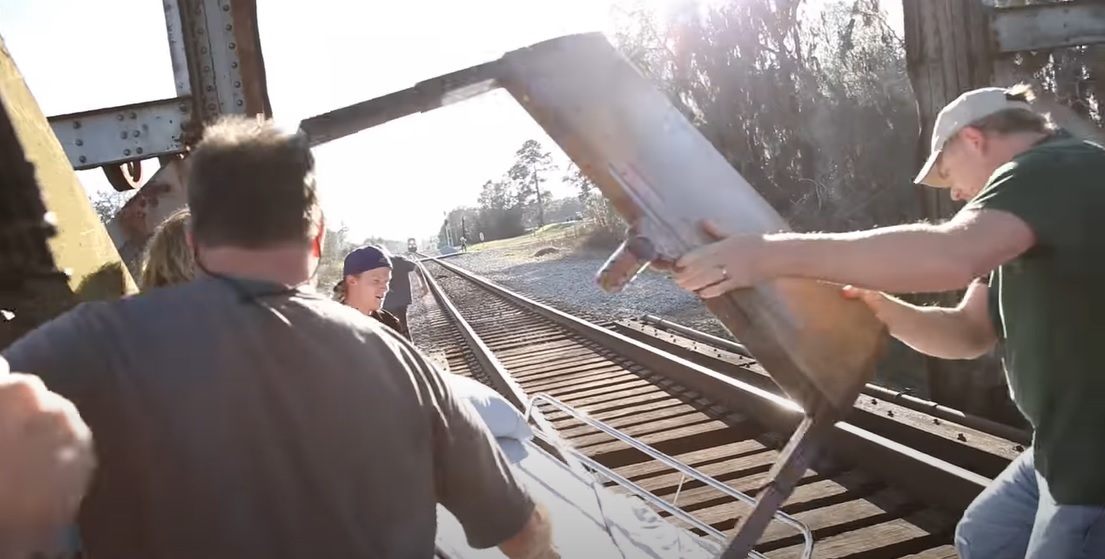 In February 2014, 27-year-old camera assistant Sarah Jones was killed during the production of ‘Midnight Rider’, a biographical movie about musician Gregg Allman, after a train collided with a prop.

As the production crew recorded a scene on the tracks of a railroad trestle in Wayne County, Georgia, an approaching train could be seen. They were unable to evacuate the trestle in time, and the train hit a metal hospital bed prop, which sent shrapnel towards the crew, including Jones, who fell into the train’s path.

Jones was killed and seven others were injured and ‘Midnight Rider’ was never released.

Jones’ father, Richard Jones, told the Associated Press following the incident that the movie’s producers “did so many wrong things on so many levels, it’s just unbelievable,” and described his daughter’s death as “senseless.”

The film’s director, Randall Miller, along with several other members of the production crew were charged with trespassing and manslaughter and Miller was sentenced to two years in prison and eight years of probation in 2015 after pleading guilty to the charge of involuntary manslaughter.

Miller was the first American director to be sentenced to prison for a movie production death and he narrowly avoided more time in prison in February 2021 after he violated the terms of his probation, which prohibit him from working as a director or in “any other capacity in the film industry where you are responsible for safety.” 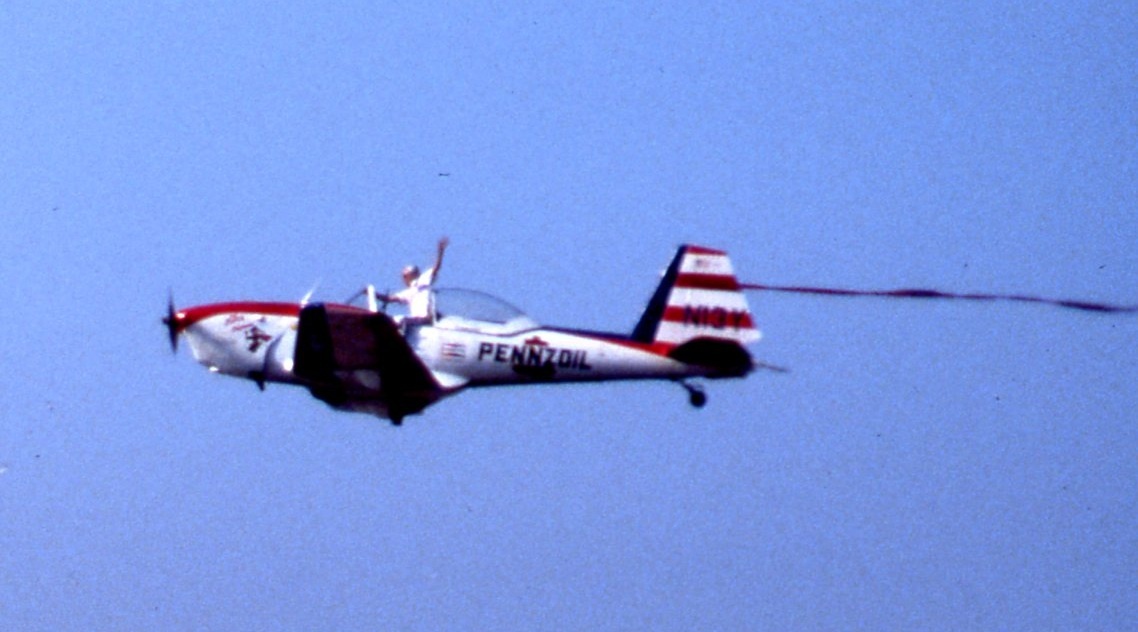 Pilot and cameraman Art Scholl was killed in September 1985 after his plane crashed into the Pacific Ocean while he was filming the Hollywood classic ‘Top Gun’ starring Tom Cruise.

Scholl’s Pitts S-2 plane went into a fatal spin while performing aerobatic moves for the movie and crashed into the ocean, and he was never seen again.

Authorities were unable to recover Scholl’s body or the wreckage of his plane and ‘Top Gun’ was dedicated to him when it was released the following year.

Scholl’s widow, Judy Scholl, told the Daily Mail in 2015 – 30 years after her husband’s death – that the Coast Guard had said “it was too deep to try and look for anything,” as the plane was such “a small target they said it would be too difficult to find.”

“Art didn’t say what the problem was. This is the one thing I’m not happy about with him,” she revealed, adding that she doesn’t know whether he experienced control failure or whether he became disorientated.

“It’s a puzzle. Most people think it was spacial disorientation but without the airplane we’ll never know,” she said.

Follow RT on Locals are preparing for the worst, after a wave of mass rioting and looting swept across South Africa, following the arrest of its former president. The military