An official inquiry has found that Germany’s justice system was staffed with former Nazis for decades after the Second World War, At one point, three out of four top officials at the prosecutor’s office were former party members.

Released on Thursday, the 600-page report was compiled by historian Friedrich Kiessling and legal scholar Christoph Safferling, and covers the Cold War period running from the early 1950s until 1974. The work was commissioned by the federal prosecutor’s office. 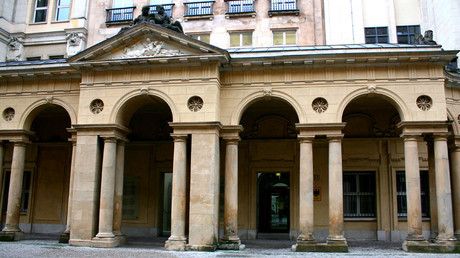 The researchers found that, at one point during the 1950s, roughly three in four top officials in the federal prosecutor’s office had been members of the Nazi Party. It took until 1972 before former Nazis were no longer in the majority in that office, and until 1992 before the judicial system had been fully purged of ex-members of the fascist party.

“There was no break, let alone a conscious break, with the Nazi past,” the researchers said of the situation.

Presenting the inquiry’s findings, state secretary at the justice ministry Margaretha Sudhof said the country has “long remained blind” to the presence of ex-Nazis in senior positions after the end of the Second World War.

“On the face of it they were highly competent lawyers… but that came against the backdrop of the death sentences and race laws in which they were involved,” Sudhof commented.

In a statement about the study’s publication, Justice Minister Christine Lambrecht said she welcomed “the fact that the Federal Prosecutor’s Office is also grappling with its troubled past and is shedding more light on its own Nazi entanglements in the post-war period.”

The latest study follows an earlier report published in 2016, which stated that in 1957 – more than a decade after the war had ended – 77% of senior officials in the justice ministry were former Nazis. At the time of that publication, then-Justice Minister Heiko Maas stated that the “Nazi-era lawyers went on to cover up old injustice rather than to uncover it, and thereby created new injustice.”

Follow RT on The president of Germany’s Robert Koch Institute has called for a new lockdown of two to four weeks to end a third Covid-19 wave there, as Chancellor

Follow RT on Taiwanese registry offices have been flooded by people asking to change their name to ‘Salmon’ in response to a promotional campaign by a sushi restaurant chain. Officials