Poland’s procedure for appointing senior judges by the executive branch violates EU rules, the Court of Justice of the European Union (CJEU) has said.

Tuesday’s ruling by the CJEU said the situation in Poland in which the justice minister, “who is also the Public Prosecutor General,” can “second judges to higher criminal courts” and terminate them at any time “without stating reasons,” infringes on the independence of the judicial branch. 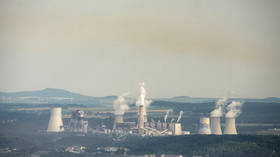 Poland must pay €500,000 DAILY for ignoring top EU court’s ruling on Turow mine

The EU court’s opinion was requested by a regional court in Warsaw, which was worried that the appointment and termination procedure compromised the presumption of innocence in cases adjudicated by minister-seconded judges.

The CJEU found “a number of factors” that could empower the justice minister to influence judges and thus “may give rise to doubts concerning their independence.” It said appointments and terminations of a judge should be made “on the basis of criteria known in advance and must contain an appropriate statement of reasons.” Under the current procedures, the criteria are not public at all and the minister doesn’t have to explain his or her decision to withdraw the secondment.

The European court also noted that while a judge has to consent to be seconded by the minister, the termination can be done without one, which “may have effects similar to those of a disciplinary penalty.”

The minister’s role as head of the prosecution is problematic in the context of judge appointments, since it calls into question the impartiality of prosecution and trial, the CJEU said.

Lastly, there is an issue with seconded judges’ involvement in disciplinary proceedings brought against other judges. They serve as deputies to the Disciplinary Officer for Ordinary Court Judges, also appointed by the minister of justice. The arrangement could cast doubt on “the imperviousness of the other members of the adjudicating panels concerned to external factors,” the EU court said.

The combination of factors gave the CJEU reason to believe that minister-seconded judges “are not provided with the guarantees and the independence which all judges should normally enjoy” in a member-state of the EU. The minister’s power “cannot be considered compatible with the obligation to comply with the requirement of independence.”

Considering the circumstances, the court added, “the presumption of innocence may be jeopardised” in cases presided over by judges such as these in Poland.

The disputed procedure is part of a sweeping reform of the judicial system, which put the conservative Polish government at loggerheads with the EU. The opinion is the latest blow dealt to Poland in the ongoing conflict.

Last month, the CJEU imposed a €500,000 ($568,000) per day fine on Warsaw for ignoring a previous order from the court in a case regarding a mining operation. Poland called the ruling part of a “political blackmail” campaign by Brussels.

The EU and Poland have long been entrenched in conflicts over domestic policies which officials in Brussels say go against the union’s rules. Warsaw, among other things, has been accused of compromising the rule of law, discriminating against the LGBT community, and curbing freedom of the press. The Polish government says the EU is attempting to encroach upon its national sovereignty.

Follow RT on The Swedish government has proposed to allow children as young as 12 to change their legal gender without medical examination or approval. A draft legislation states that

Follow RT on The number of Covid-19 deaths in India could be 10 times higher than the government’s official count, according to a study, as a US-based think tank warns